City Art Reader 12: The writing on the wall

How does art address trauma? If its role, as British street artist Banksy says, is to “comfort the disturbed, and disturb the comfortable”, how does it tread a path between the two?

Eight years ago, on the walls of the Centre of Contemporary Art Toi Moroki (CoCA) art gallery, a sharp-toothed monster crouched under a kitchen table. It was one of a number of drawings by primary school pupils invited to respond to the earthquake of September 2010.

Now, the revamped gallery has given its walls over to a very different form of trauma. There are hand written messages in English, te reo, Arabic and Persian. There are drawings: a dove, a heart, a tear, a detailed still life. There’s a poem written to a neighbour killed in the shootings at the Al Noor mosque.

The first message goes up on the CoCA wall.

On 15 March, as the death toll from the shootings began to climb, CoCA gallery staff were preparing for the opening of a new installation by Dunedin artist Matthew Galloway. The Freedom of the Migrant was to address issues around immigration, terrorism, the refugee crisis and the injurious political discourse around terrorism and refugees. Within just hours, it was decided to put the show on hold.

“It is an important conversation to be had but when it is done so close to this sort of event it could be inflammatory,” says CoCA director Romy Willing. “We had to respond quickly and over the weekend we agreed, while it was more important than ever to do the show and have that conversation, the timing had to be right.” It was a hard decision. The gallery doesn’t want to be seen to shy away from controversy, and from an academic perspective Willing agrees a level of political discourse is important. “So perhaps we should have gone ahead. But this had to be balanced with the needs of the local arts community and the public in general. How do we support the Muslim community and also acknowledge how everyone is feeling, the grief that this has happened in this city? We need to make sure we walk that line and it is not an easy line to walk.”

Galloway supported the decision. As he stated in a CoCA press release, “Though I believe the research and questions this show presents are more important than ever, the decision to withdraw the show acknowledges that this is a time for mourning, processing what has happened, and supporting the communities so deeply affected by this horrific act.”

After consultation with the Federation of Islamic Associations of New Zealand, CoCA opened its upstairs Mair Gallery to the broader community of Christchurch and beyond. Until 2 June visitors have been invited to apply donated pen to white wall to respond to the gun attacks that claimed the lives of 50 people. On the end wall artist Wayne Youle’s emblazoned text response, Love Lives Here, sets the tone.

But Willing does not want to stop there.

“We have to make sure what we are doing is not just a passive show of love and support, like the posts you see on social media in support of communities that have been affected by tragedy – it is not just a matter of people writing on the walls but how do we make sure this goes that step further? That is the question we are asking ourselves now. That is why it is important to keep this line of communication open.”

Such questions reflect a broader rethink of the former arts society’s role in the city. The gallery closed after the 2011 Canterbury earthquakes damaged their Gloucester St premises. It reopened in February 2016 after $4.8m worth of earthquake repairs and refurbishment with plans for four contemporary exhibitions a year. In 2016 and 2017 it held a series of large scale shows by international artists but the expected crowds did not come. An exhibition by acclaimed British artist David Shrigley in 2017 attracted just 3500 visitors. The gallery made a loss of over $500,000 for the year to September 2017 due to the “unexpected costs of delivering the exhibitions programme” and unanticipated staff turnover.

Romy Willing took on the role of director in March last year. Born in Australia with a Masters in Creative Industries and a Bachelor of Fine Arts in Photography from the Corcoran School of Art in Washington DC. and a Masters in Arts Management and Creative Enterprising from her native Australia, she has worked in arts management, marketing and communication. This is her patch, getting buy-in from local communities, academia and private enterprise and looking at the long-term financial sustainability of arts institutions. While CoCA has received Creative New Zealand funding for specific projects, it relies on the Christchurch City Council and charity organisations to cover much of its operational costs. Willing is now keen to augment philanthropic and sponsorship funding with more commercial opportunities. While this will not involve re-entering the art dealer market, as the gallery did before the earthquakes, it will look at other opportunities as presented by the downstairs café and potential leasing or advisory activities.

In redefining CoCA’s place in the city, she also wants to take the gallery back to its beginnings both as a contemporary art gallery and as a social and cultural hub: “Not a closed institution, but one that people are actually involved in. For cultural institutions around the world audience engagement is becoming paramount. We are most certainly a centre for contemporary art – we are not a public art gallery but we do function more in that way – but we are all trying to work out where we sit and how we remain relevant in the new world of the ‘now generation’ and people wanting to become more socially connected through more active, engaged experiences. It is not just about viewing art on the wall.”

This week Michael Moynahan, chair of the Arts Council of New Zealand, reiterated the essential role art plays in boosting community wellbeing and mental health. In its submission to the Inquiry into Mental Health and Addiction, the Council, the governing body of Creative New Zealand, called for more creative spaces and the introduction of an arts prescription scheme, in which health professionals can prescribe some form of arts involvement as a means of improving a patient’s health – similar schemes are already in place in Australia, the United Kingdom and Canada. As he writes, “There’s a growing body of research that shows the arts contribute to both the well-being of individuals and the social cohesion of communities.”

In Christchurch that cohesion is more urgent than ever.

Love Lives Here runs until 2 June. If you want to add your message but can’t get into the gallery send your text to loveliveshere@coca.org.nz and gallery staff will add it on your behalf.

City Art Reader is a fortnightly blog written by City Art Depot staff and guest writers. If you want to join our mailing list please click here, otherwise catch up with new blogs and City Art Reader archives on our website or facebook page.

Any thoughts or suggestions? Please send them to info@cityart.co.nz 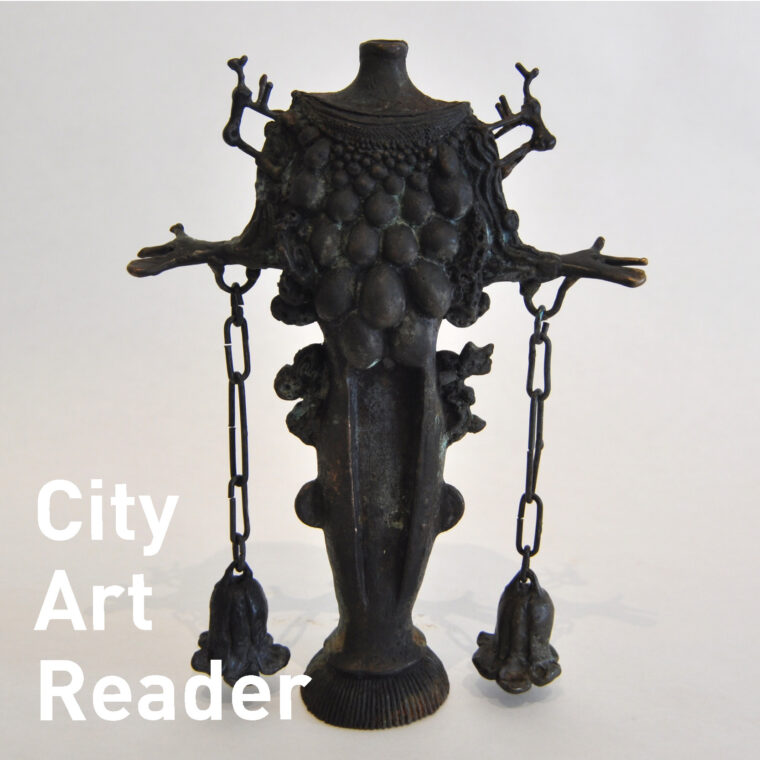