The art collection at New Zealand’s specialist land-based university is at a turning point. The Reader investigates.

The Lincoln University art collection has a humble pedigree. It began in the early 1970s, when artworks were purchased for the staff rooms through the proceeds from selling cigarettes and biscuits. Michael Smetham and Dick Lucas, two staff members in the Plant Science Department, then took the task in hand, pushing for funding for the purchase of art works from the Lincoln College budget. Brian Muir, then director of the Robert McDougall Art Gallery, was enlisted to recommend suitable works, including new paintings by Doris Lusk, Michael Smither, Louise Henderson and Toss Woollaston.

From then on the ongoing allocation of funding often relied on the enthusiasm of those in charge. Professor Bruce Ross, principal/vice-chancellor at Lincoln University from 1985–96, strengthened support for the collection, convincing the College Council that it was appropriate to be spending money on art – this at a time when College numbers were fairly static. This support allowed Smetham and Lucas to acquire works by more established artists such as W.A. Sutton and Quentin MacFarlane. Space for artworks was incorporated into new building designs and new works by Māori, Polynesian and women artists were purchased.

The objective for the collection has always been to build up a body of work, representative of that by contemporary New Zealand artists, mainly but not exclusively from the South Island, with strong aesthetic appeal, for the appreciation and enjoyment of students and staff at Lincoln.

The New Zealand artists he mentions include Bill Hammond, Joanna Braithwaite, Gretchen Albrecht, Llewelyn Summers, Robyn Kahukiwa, Philip Trusttum, Julia Morrison and John Bevan Ford. The result is a checklist of recognised Canterbury and New Zealand artists, usually just one or two pieces by each. Despite the extent and recognition of the collection, Smetham also notes that although the collection “has enjoyed its own budget”, since 1990, when Lincoln College became Lincoln University, a lack of funding has limited the number of new acquisitions. 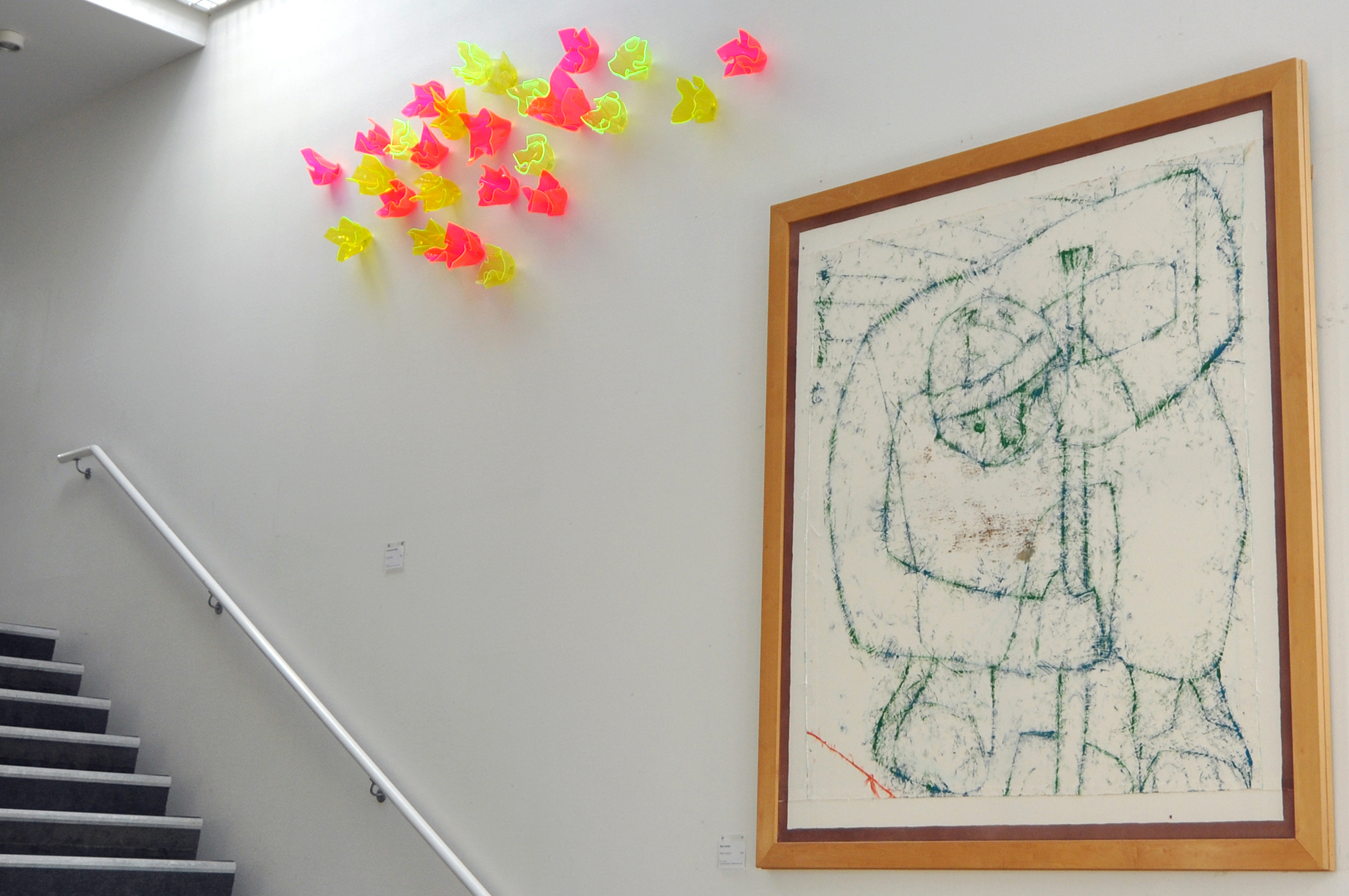 It’s not hard to see that between then and now money to spend on acquiring art has been harder to come by. Funds for new acquisitions, for now at least, seem to be off the table. The art collection has had a recent windfall though. In 2018 Fiona Simpson was employed by the University as an art curator. A $200,000 lottery grant, supplemented by extra funding from the University, has been earmarked for the conservation of the collection.

Time is often not kind of artworks – dust gathers on paint, sun fades colours and acid burns paper. Addressing the ageing nature of the artworks became more pressing than acquiring new ones  – afterall, as Simpson told a management group meeting, “the collection has reached an age where a decision needs to be made as to it’s future – invest in maintaining the collection to an acceptable standard or de-accession the collection to allow news owners to look after it appropriately – not doing anything isn’t an option with a collection of national importance such as this one.”

We applied to the Lottery Board Environment and Heritage Fund and were successful in gaining substantial funds of which the University has also contributed. We are now in the fortunate position of being able to conserve the entire collection after which we will open the doors to allow the local community to be able to enjoy the collection more fully. Local schools and art groups don’t need to travel all the way into Christchurch to see significant contemporary art.

The University agreed the collection was worth looking after and Simpson is now  overseeing conservation and reframing work while also trying to get students and staff to engage with the artworks. She has produced brochures, held walking tours, written wall labels, connected works with specific departments and created social media accounts. Yet there are underlying difficulties that come with the age of the works beyond their materiality. Simpson believes buying new artworks is important to keep the collection up to date.

The majority of the works were purchased or made before most of our students were born. Contemporary art is a social commentary on the society it evolves from and therefore you have to question the relevance of the older works to our younger audience. There wasn’t an official rotational methodology in place either so many of the works (particularly the larger ones) hadn’t moved from the place they were hung when originally purchased. The works became stagnant to a certain extent and faded into the background. We need to continue to collect which keeps the collection relevant and allows new works to converse with old.

Perhaps the artworks, despite being good works, are seen as belonging to another generation. Works that relate to relevant concerns and events of the moment: climate change; the Christchurch and Kaikoura earthquakes; and the new politics of land use are notably missing. Simpson identifies works by Tim Veling and Bing Dawe recently exhibited in Christchurch as particularly fitting with current University research as both artists address issues of land and ecology.

The student body of the University is also changing – there are more international students, more visibility of LGBTQIA+ students and more ties to local iwi. The art collection hasn’t kept up. For example, there is a notable lack of international works, despite the large number of overseas students on campus – in 2018 international students accounted for 43% of all students. This is due to the emphasis being put on purchasing local or New Zealand artworks in the University’s policy. Simpson is aware of this, noting that it’s easier to get people enthused about local artworks they can see in exhibitions but also recognising the need to diversify the body of works.

The context that art provides is perhaps even more pertinent in Lincoln. Sitting within a satellite town a 20–30 minute drive from Christchurch, it is isolated from the more metropolitan city with its public art institutions. As a University without an arts school, Simpson has witnessed that students and staff find it difficult to engage with contemporary art. Addressing difficulty, she says, involves engaging with society and concerns outside of the University. Purchasing artworks and hosting artists through the institution also allows for new connections to be made and more opportunities for the people of the Lincoln township.

Simpson says even by just having someone in her role, and the visibility of moving and hanging artworks, people on campus are taking more notice of the art work and want to engage further.

This is a three-year project. Hopefully once it’s finished there will be more energy for the art. The other question at the end of this is will they keep the art curator role when the University no longer has external funding? Just having someone here that is able to do the work and make the art more visible raises the profile of the collection so much.

A lot of people at Lincoln refer to it being in a ‘transformation period’. For the art collection this suggests, should the collections committee be able to overcome internal economics and maintain a position that actively works with the collection, there is potential for it to grow and reconnect with the new student body. As the Lincoln University art policy reads: “In addition to the enrichment of the University setting, the Collection also forms a significant part of the broader context of art and culture, both locally and nationally.”

For now, the works are preserved, represented and refreshed, acknowledged as a University asset. Whether it will become more than decorative and return to being integral to the development of culture at the University remains to be seen.

48: Charlotte Watson – No Such Thing as Summer 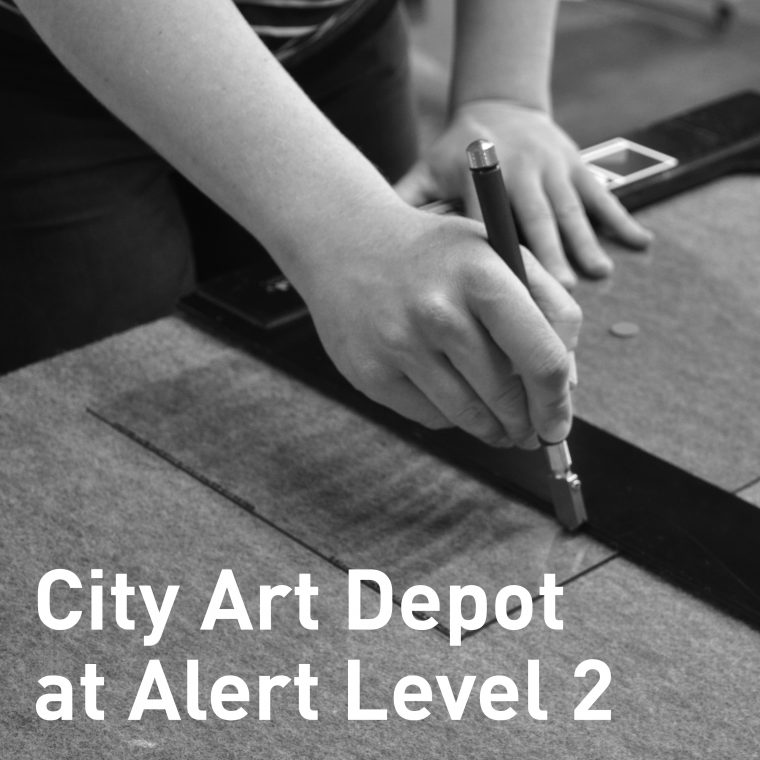